I grew up in Vancouver, studied at McGill and Columbia, and now live in Colorado. I’ve

always been fascinated by journalism and the media business and, after working three years as a lawyer, I decided to try my hand at being a full-time writer.

I like newspapers and online media in equal measure, and I also remain active in the legal community. In my spare time, I like to read, watch baseball, explore big cities and go hiking with my family. 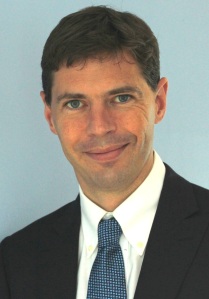 My career is built on two passions – law and writing – and I strive to explain issues about technology, publishing and privacy in clear and direct language.

My educational background includes a BA, JD (LLB) and BCL from McGill, and an MA from Columbia Journalism School with a concentration in business.

I began my legal career as a law clerk at the Federal Court of Canada, where I prepared cases on patent trials, immigration hearings and a variety of regulatory disputes. As a lawyer, I advised Canada’s broadcast regulator on new media issues, and worked in private practice for First Nations bands in Northern Canada.

After graduating from Columbia, I worked for Reuters, first as an intern in Paris, and then as a legal writer in New York. I moved to paidContent (now Gigaom) in 2011, where I reported on new media and advertising; my primary focus is now legal and regulatory issues that affect the technology industry.

My publications include Kings of Crypto from Harvard Business Review Press, and an e-book on the Google Books project (based on my Columbia thesis) and scholarly work on intellectual property and contract law for McGill and Oxford universities.